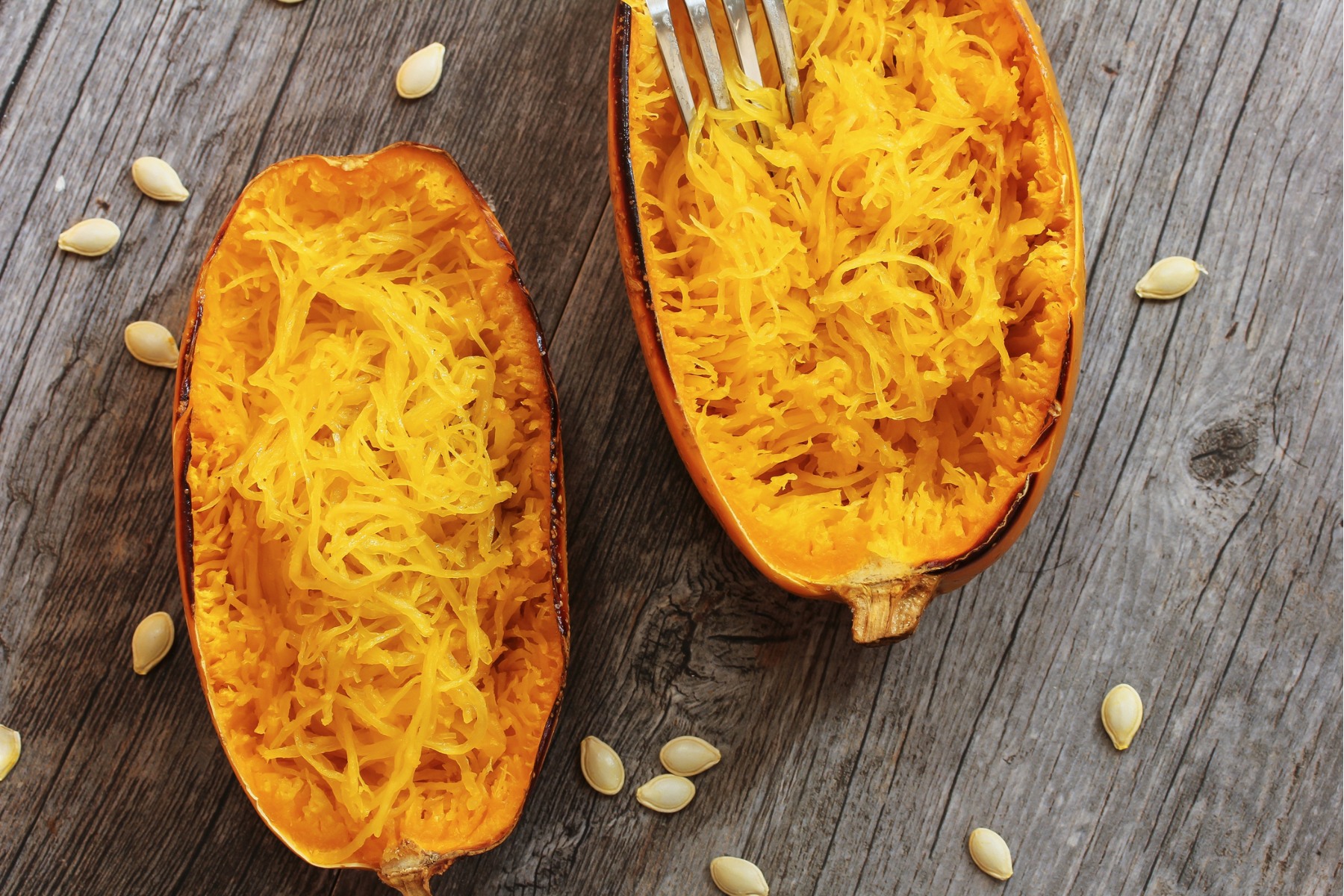 Let’s start by clarifying the term squash. To say the least, it’s a bit confusing. For example, all pumpkins are squash, but not all squast are pumpkins. Didn’t help, right?

Squash is a type of fruit that grows on a vine. Like all fruits, it comes from a fertilized ovary in the base of a flower and contains the seeds of the plant it came from. There are four species of squash, all of which grow in different parts of the world. Pumpkins belong to one of these species, just as zucchini is. For a more in-depth explanation, read this article HERE.

Now, on to the recipes!

The basic premise of rollatini are thin, full slices of eggplant (usually about a ¼” thick), breaded and then pan-fried in oil until crisp.

You then place a filling at one end of the eggplant, roll it up into a cannoli-like tube, and top it with sauce and grated cheese (usually Marinara and then Parmesan or Romano).

This recipe uses this filling.

Our second recipe is for another one of my favorite winter squash desserts this time of year, and that would be my Pumpkin Crème Brulee. I must admit I’d prefer this dessert over a slice of pumpkin pie any day of the week and TWICE on Thanksgiving!

For more recipes from our award-winning culinary team, click HERE.