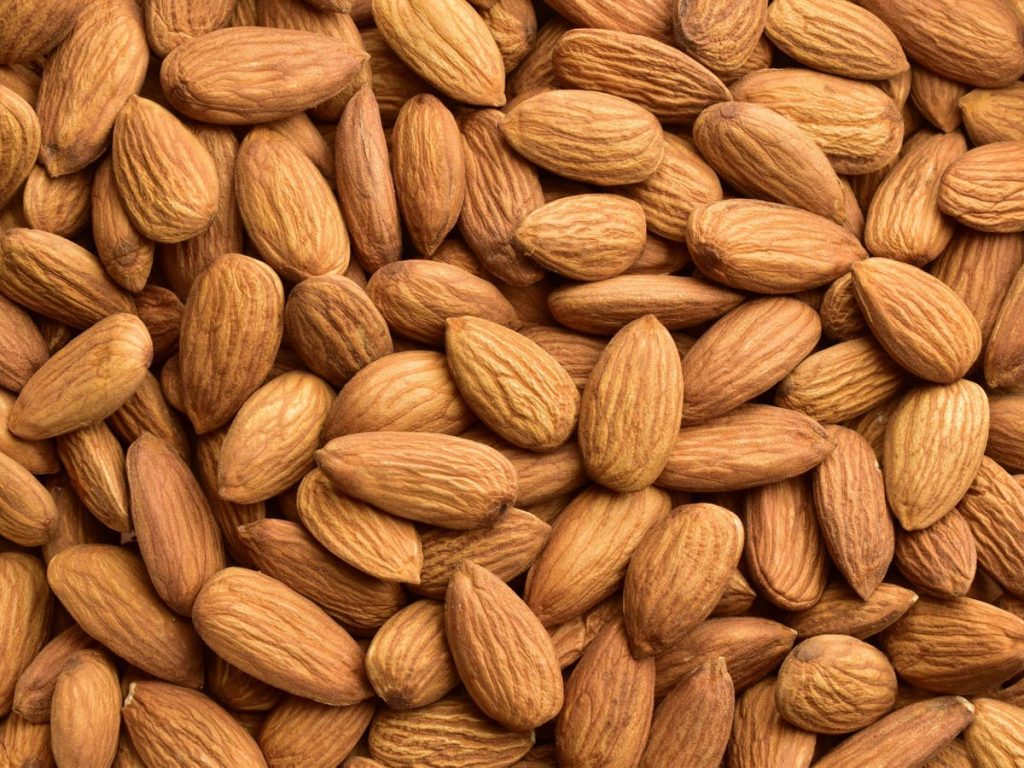 From a culinary standpoint, however, we call them both nuts. A peanut is a ground nut and an almond is a tree nut. Both are fine with me.

Bottom line is Americans really love nuts, and as recently as 2010, studies show our yearly consumption has continued to rise to almost 4 lbs of nuts per person. Interestingly, if you leave peanuts and peanut butter out of the equation, our most preferred nuts by consumption are almonds followed by pecans and walnuts. All of these are considered tree nuts, two or three of which (the almond and walnut) are almost exclusively grown in California.

According to the United States Department of Agriculture, the U.S. almond crop is about 1 million metric tons per year and is valued at over $5 billion. They account for more than half of the U.S. tree nut production.

While almonds are most often eaten on their own, we also enjoy them in many different recipes, ranging from salad toppings to Almond Chicken and desserts like Baklava.

Almonds are also a popular nut alternative for the estimated 3 million Americans who suffer from peanut allergies. They are thought to have originated in Asia thousands of years ago and may have been in desserts and breads served to the pharaohs and kings.

They were rare, and as you can imagine, VERY expensive. In that regard, not much has changed since biblical times, as almonds are still considered a premium nut in terms of cost.

My introduction to the almond wasn’t so regal. It came about, like most discoveries do–not by plan but by accident. Well, sort of.

I was accompanied by my older sister, with ticket in hand to see The Swiss Family Robinson. My sister unwittingly bought a Hershey chocolate bar with almonds instead of my usual movie fare, which was just a chocolate bar sans almonds. The curtains parted, previews rolled, and I bit into my first almond disguised in chocolate clothes. What the? I was not pleased.

Thankfully, back in those days, the almonds were mostly whole, so it was easy to eat around them. But the bits I missed and mistakenly ate, I kinda liked–not that I was going to admit that to my sister.

As the years went by, almonds and I became better acquainted. It got to the point that I actually went out of my way to PURCHASE chocolate bars with almonds. AND I enjoyed them in salads, Almond Chicken and in desserts. Please don’t tell my sister.

Over the years, I’ve used some favorite almond recipes in restaurants. As a chef, I love to share my appreciation for almonds with others.

Now you REALLY have to promise not to tell my sister.

Here is one of my favorite recipes:

For the Almond Crusted Chicken:

For the Salad Mix:

1. Toss all salad ingredients together.

For the Maple Teriyaki Dressing:

To make the salad, portion greens onto service plates. Allow the almond chicken to rest after cooking until it is warm but not hot. Place chicken on salad, and dress with the Maple Teriyaki Dressing.