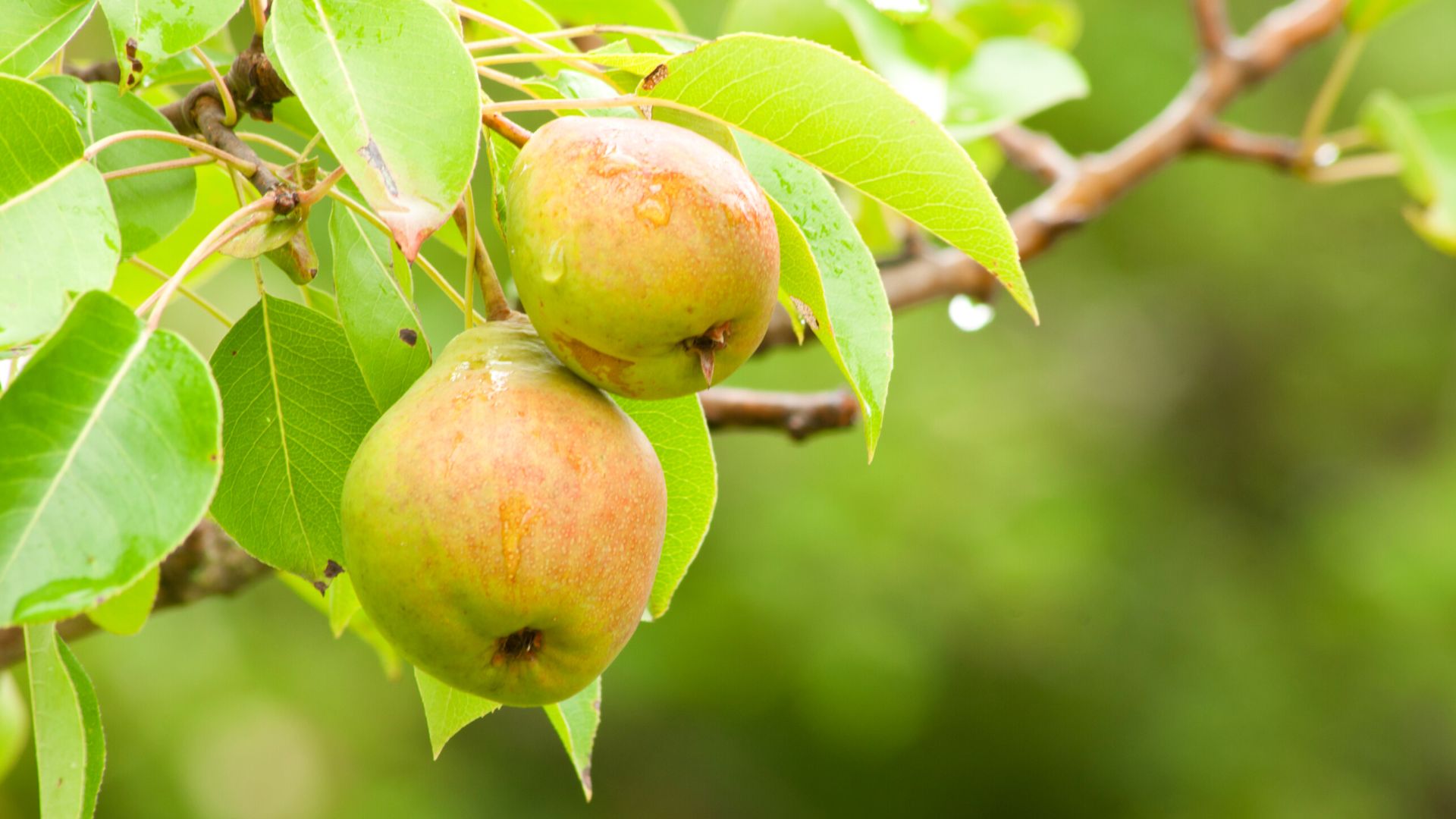 Here in Michigan, a state known for its apples, pears don’t always get the attention they deserve. Then again, with only a little over a thousand acres of pear trees planted in our state, it’s somewhat understandable. This is especially true when you consider that there are approximately 48 thousand acres of apple trees here.

In spite of that, and of the fact that Michigan’s apple harvest has dropped over 40 percent since the early 80s, Michigan is STILL the 5th largest grower of pears in the U.S., with a little over 90 percent of growers producing either Bartlett or Bosc pears.

Besides the aforementioned Bartlett and Bosc pears, and depending on the season, you’re likely to find green and red d’ Anjou, Comice, Forelle and Seckel pears at Nino’s, and they’re all delicious!

D’ Anjou pears, both green and red, have much the same flavor, and both are delicious eaten right out of the hand when ripe and soft. However, I think I enjoy them even more when they’re still a bit crisp and then poached or baked in a wine syrup. The same could be said for Bosc pears.

The juicy and aromatic Bartlett pears, both yellow and red, are probably THE most popular pears, and both hold their shapes well when cooked. But this is a pear I most enjoy in salads, especially the red Bartlett. Its bright-red skin adds visual interest.

Bosc pears (generally speaking) are not quite as sweet as d’ Anjou or Bartett pears, but they make up for it with a delicious, almost spicy flavor that holds up well when baked or poached or used in salads.

The Comice pear, being a bit larger (and rounder) than most pears, is a good choice for presentation in a fruit bowl, as an accompaniment (sliced) on a diced-cheese board, or diced and served with a cheese fondue.

The Forelle and Seckel pears are both petite in size. However, what they lack in size, they MORE than make up for in sweetness and flavor. Because of their small size, I like to use these pears in dessert presentations where the pear is just part of the dish, leaving me the opportunity to add components to the plate without burdening anyone to eat a standard-sized pear.

Speaking of desserts, one of my very favorite recipes for pears is Prosecco Poached Pears that has a special sweet-spiciness and goes particularly well with any pear you choose.

Prosecco is (generally) a sparkling wine produced primarily from the prosecco or glera grape, which is native to the Veneto region of Italy. Like French Champagne, Prosecco is enjoyed as an aperitif with main course entrees and used in sauces and desserts. 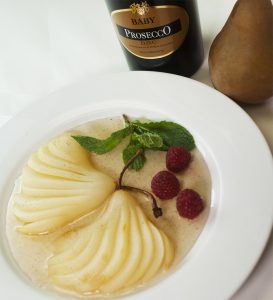