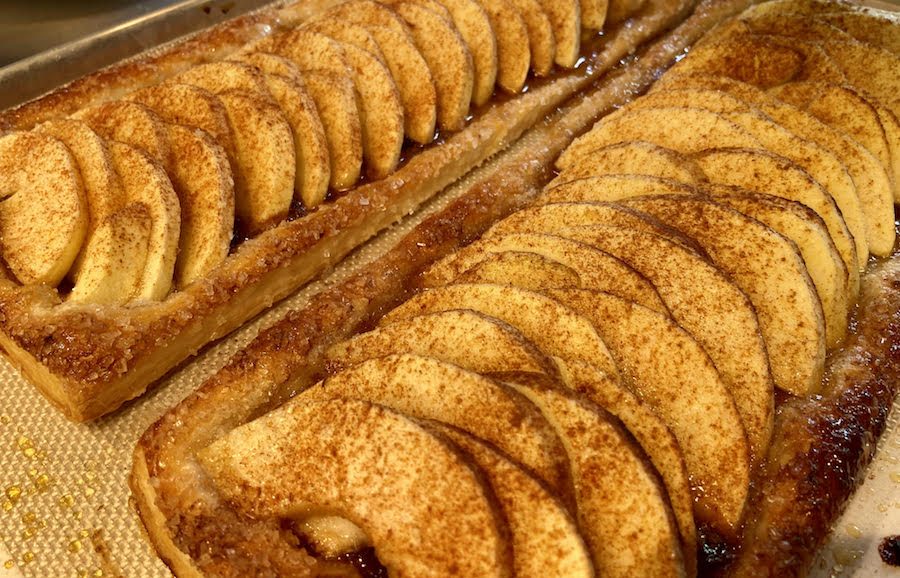 Sometimes, you luck into a recipe that’s both simple AND delicious, but it doesn’t always work that way. Such is my Michigan Apple Harvest Flan. The history of this recipe goes back to the opening of Opus One restaurant in Detroit in the late summer, early fall of 1987. With a glistening new kitchen, a newly trained staff and a gorgeous dining room, I knew meeting the high expectations of our customers wasn’t going to be easy.

Back to the apple harvest flan. In the case of my pastry chefs, I wanted to have a few things on my pastry selection that gave them a breather, a (hopefully) popular item that was somewhat easy to make. As it turned out, not only was it popular but it also became a signature dish that was on the menu from the first to the last day of operation–some 20 years.

A great apple dish, of course, features a great apple. I chose alternating between Granny Smith for its sweet/tartness and Golden Delicious for its spicy sweetness. Other good choices are Braeburn, Honey Crisp and a rather NEW varietal, the Sweet Tango.

Another key ingredient is a reduced apple puree, a sort of condensed apple sauce, as it were. In the past, I used a professionally sourced product from France, but I’ve found that a good apple butter makes a very suitable substitute. If you want to spend a little more time, you can buy your favorite apple sauce and microwave it on low or defrost until you simmer off some of the excess liquids, and it becomes about 50 percent thicker.

The last key ingredient for my apple harvest flan is Puff Pastry Dough. I say key because some brands have little, if any, flavor since they are made with shortening rather than butter. One exception is DuFour Puff Pastry Dough, which we have at Nino’s. It’s wonderful.

Those three key ingredients make this dish along with a coarse granulated sugar (you can use regular granulated sugar) and ground cinnamon. You’ll also need a beaten egg for brushing on the dough. 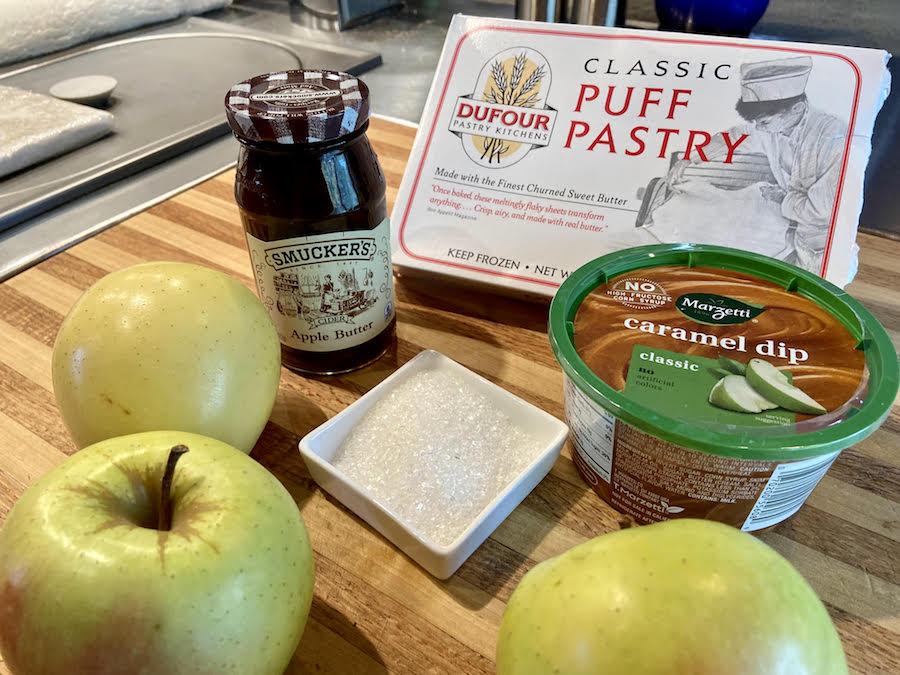 Okay, want to give it a shot? It’s not very hard.

My favorite way to serve this delicious dessert is on a pool of caramel sauce, with a small scoop of cinnamon ice cream and a dollop of sweetened whipped cream. Sometimes, the finer things in life are the simplest. This dessert is a good example. 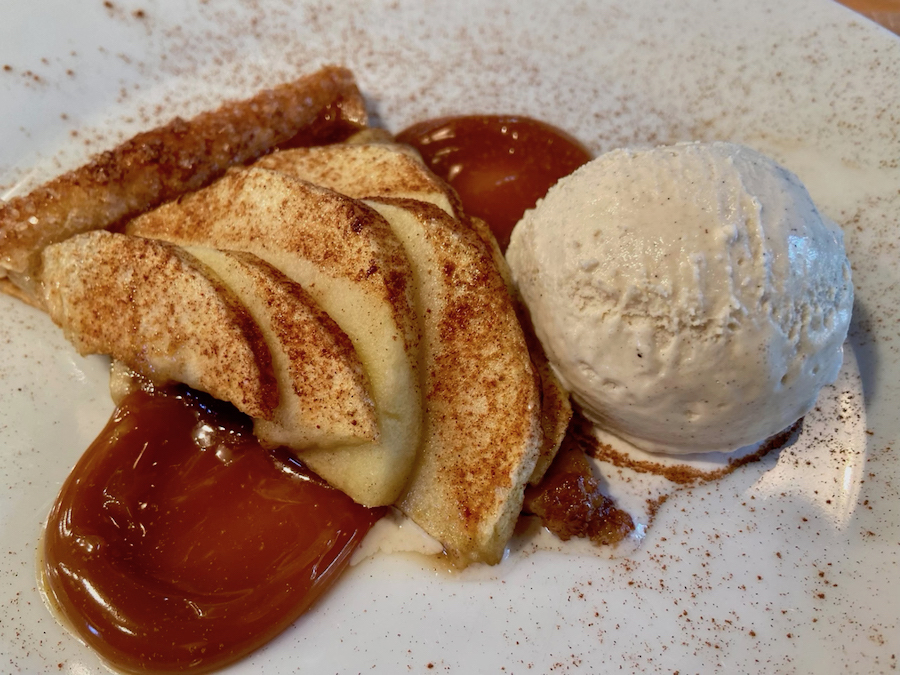 Chef Pete Loren is now retired but still serves as our Chef Emeritus, providing tips, great recipes and more. Be sure to follow him on Facebook HERE. Search our recipe library HERE.