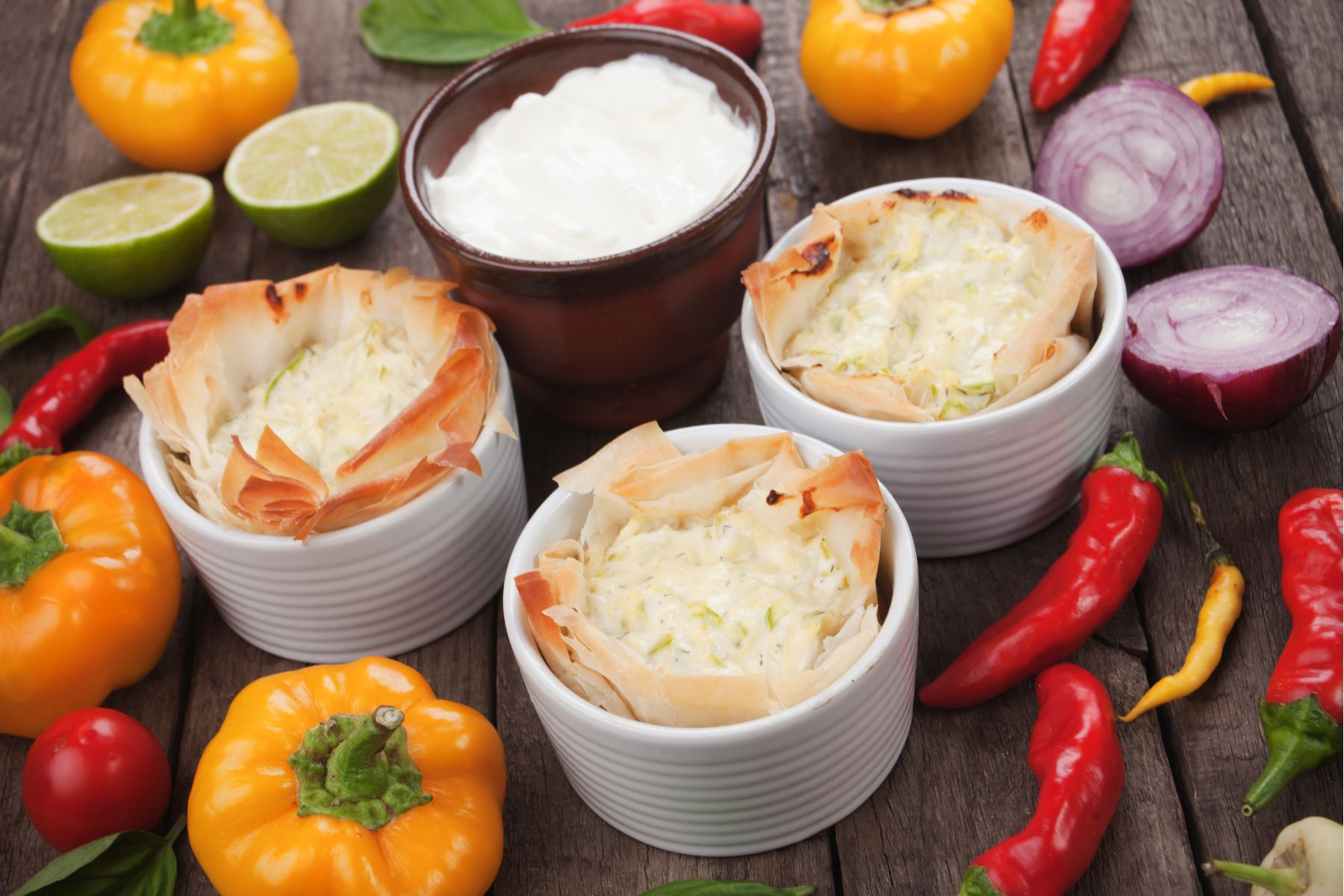 Now our dips and pita chips go GREAT! with any appetizer. Here are some ideas:

Almost everyone love bacon, so much so that some think bacon Ba, should be on the periodic table of elements. As such, here are a few ideas for things you can wrap with half strips of raw bacon and bake at 375 F for anywhere from 20 to 30 minutes or until the bacon is crisp – making for perfect holiday appetizers. Most items, like sea scallops, shrimp, meat balls or Brussels sprouts, should be skewered with a plain, un-frilled toothpick before baking. NOTE: The raw sea scallops, raw shrimp or par-cooked meatballs, you can buy in the freezer section. All are all done the same way, that is, wrap them, skewer them and bake as described above. Below are some of the more adventurous ideas. 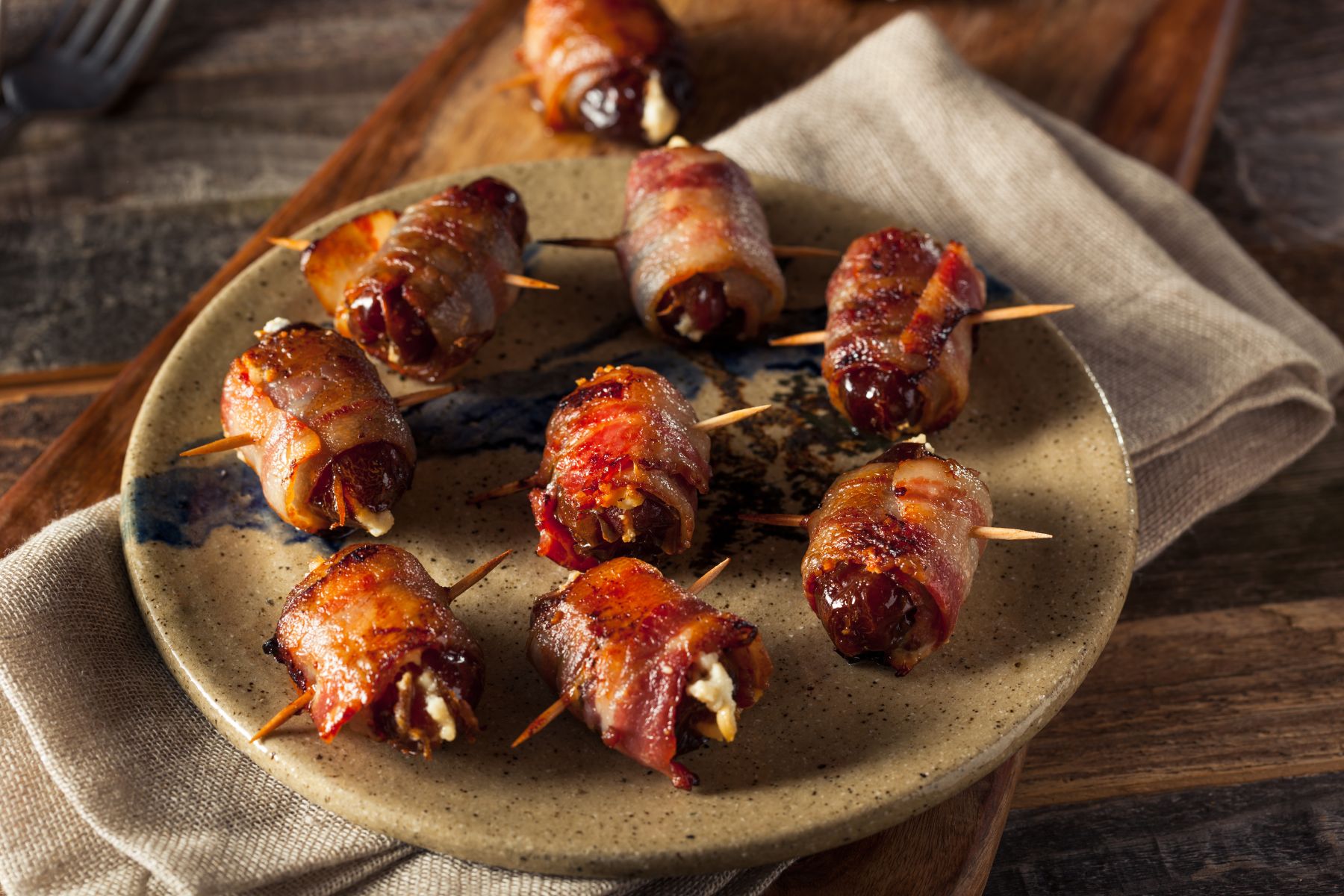 At Nino’s, though our Party Planning services, we discovered that some of our customers were looking for an alternative to the large platters of foods which guests share, especially for holiday appetizers. As a result, we created a program of individual “personal” size cups. They’ve been quite popular so I’m including a few ideas here that you can make at home. The idea is more in the construction than the “recipe”. Each individual cup can be as small as a shot glass or as large as a full-size cup and can be purchased at many party-supply stores.

The last of these 4 categories are small, crisp “toasts” with toppings. They are always popular and exceedingly easy to make. Nino’s sells a product in our bakery and found throughout the store called “toasts”, (also known as Crostini) and are perfect for these ideas. After assembly of each idea, they are all baked at 375 F until the cheese is melted. 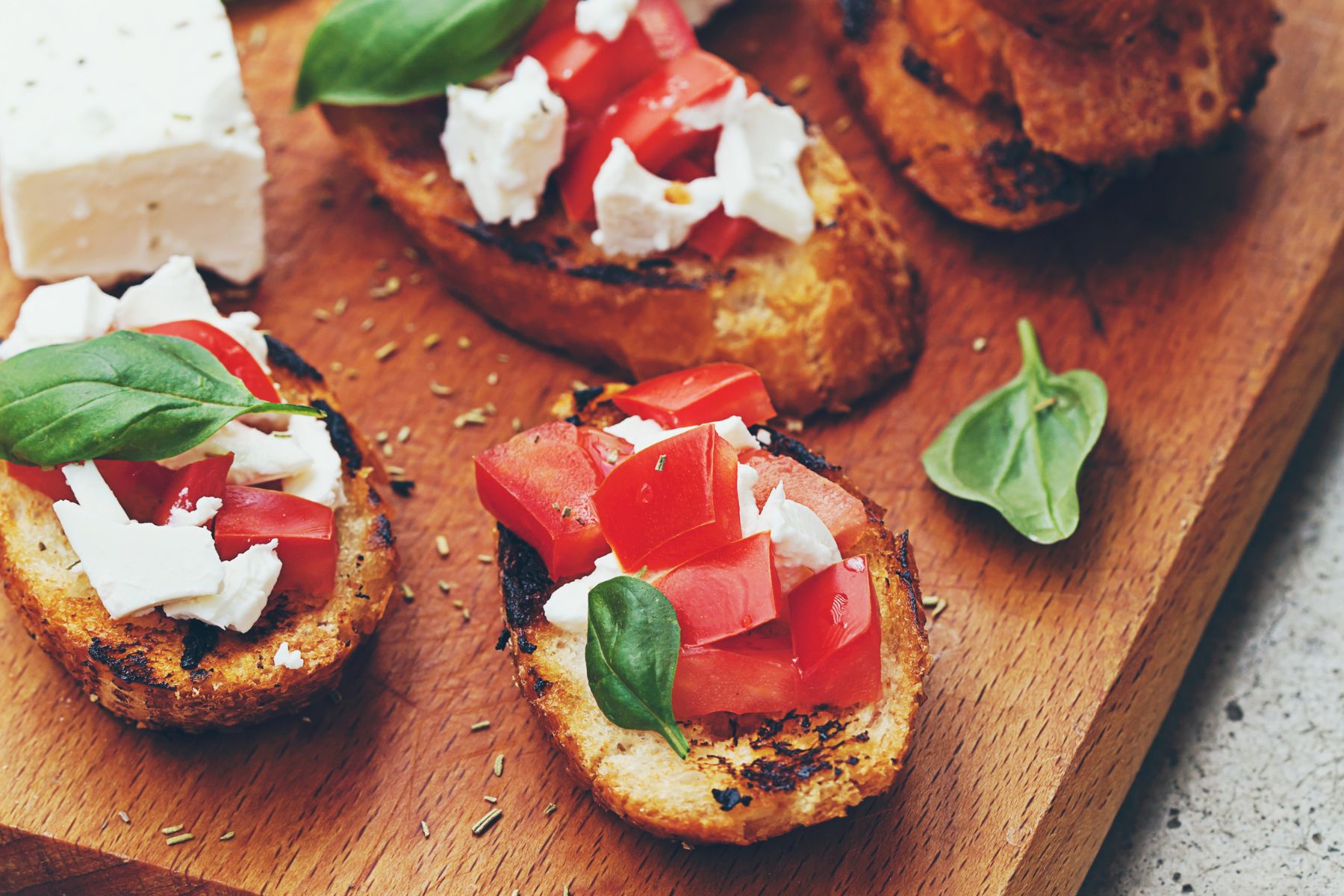 Crostini bites are easy to make and can come in so many varieties.

We hope you try a few of these delicious holiday appetizers this holiday season and please let us know if you enjoyed them and which ones the “crowd” loved.

Check out our entire catalog of recipes HERE.

Regardless of which month of the year or season you are in, it's always good to eat healthy and to get you in that gear…