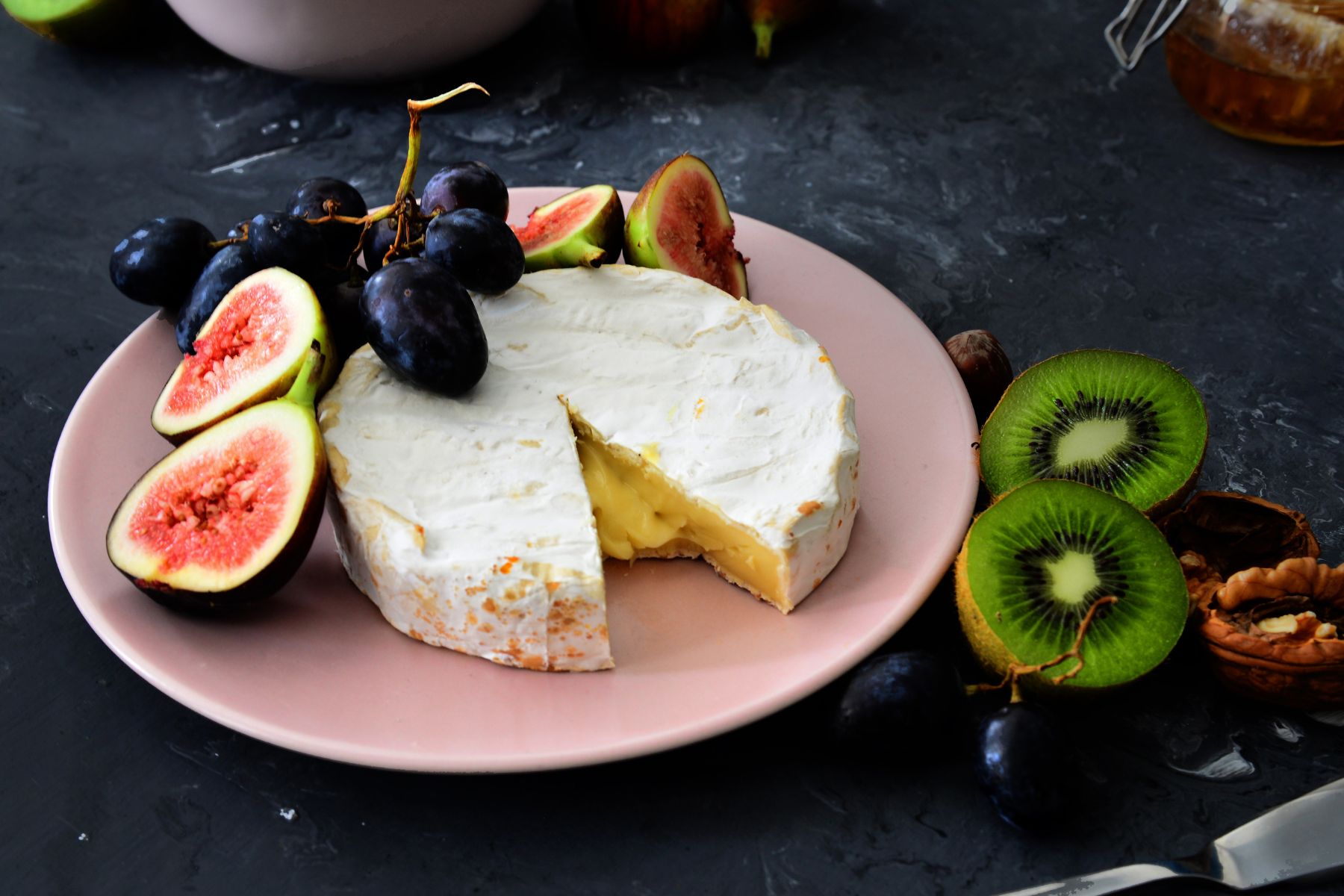 It is a soft cow’s cheese named after Brie, the French region from which it originated. It’s unusually flat for a cheese wheel and noted for its white, powdery mold rind (which is typically eaten), and of course, for its interior, which is pale creamy/butter-like in coloring and (at room temperature) pudding-like soft.

Like fine wine, the flavor of Brie and its quality depends largely upon the ingredients used and its manufacturing environment, but all have some degree of subtle flavor nuances in addition to a main component (in this case dairy). Its flavor nuances range from hazelnut to herbs and fruit, and its exceptional buttery flavor comes from its butterfat content. It also creates an incredibly creamy cheese.

When you consider that most heavy (whipping) cream you buy has a butterfat of 36% to as high as 40%, you might be astounded to know that Double Cream Brie must (by law) have a butterfat content of at least 60%!

And those are minimums!!

If you ever wanted to know why it tastes so buttery, there’s your answer.

Brie cheese is typically allowed to “mature” for about four months to develop its characteristic white mold but may be aged much longer to develop additional (stronger) flavors.

Although Brie is a French cheese by origin, as with Champagne wine (often called sparkling wine), it is possible to obtain it made in other places, like Wisconsin.

But in France, the French government officially certifies only two types of cheese to be sold under that name: Brie de Meaux and Brie de Melun. Both enjoy the protection of Appellation d’origine contrôlée (AOC) status.

How do you serve Brie?

Serving this cheese delight is as easy as letting it sit out until the cheese is at room temperature and then serving it with crackers or slices of fresh or toasted French bread. You can also serve it gently warmed in a crock or wrapped in pastry and fully baked.

Its most common garnishment/condiment pairings are with fruits and nuts. Figs are an exceptionally popular pairing.

And of course, we can’t leave you without a Brie recipe, so here is a basic Baked Brie recipe your guests will love.

There are many different fruit spreads that can be used, but fig is my favorite and many different types of pastry crusts (pie dough, biscuit dough, Brioche dough, or again, my favorite, Puff Pastry Dough). Experimentation is the secret to finding what you like best.

Regardless of which month of the year or season you are in, its always good to eat healthy and to get you in that gear I…

From Discarded to Delicacy: The Story of Baby ...

Interesting Facts and Two Great Recipes to Try at Home Ok, we all know the infectious jingle from a certain chain restaurant that touts their…

Actually, we love all different types of pizza--thin crust, deep dish and all kinds of toppings (still not a big fan of anchovies though). What…